This author has not yet filled in any details.
So far Kara Jordan has created 4 blog entries.

I’ve come to learn that music can be a great tool in the implementation of world-building. Not only does it benefit the atmosphere of a project (and the creative mood), but it can offer invaluable insight and incentive to progress.

In the past, I’ve had a song or two that have resonated with a story, but they’ve been nothing more than happy coincidences.

‘The Devil is a Gentleman’ by Merci (click here) was instrumental in finalising the plot of my current WIP. My writing had come to a dramatic standstill; the story had started to feel flat; the character’s motivations false; I’d veered onto a predictable, unconducive path I didn’t like and knew readers wouldn’t either.

Then I found Merci Raines (thank you Instagram promotions!), and her lyrics inspired a new and exciting change that solidified the plot.
But it would require a lot of work to change what had already been written.
Some characters would need deleting; others writing. Plot twists and crucial moments would require development and alterations, and the target audience would shift from Young Adult to New Adult. It was going to be a very long and irksome process (it still is!), but I’ll share more about that in another post.

Following the inspiration provided by ‘The Devil is a Gentleman’, I sought Merci’s other tracks and found they shared consistent, attractive themes; dark, haunting, twisted–all things I, and the story, could relate to!

I don’t know if it was cosmic intervention or just pure luck, but crossing paths with Merci opened the potential to a whole new spooky world that would awaken the story’s essence.

I hope you’ll listen to Merci’s songs to get a sense of her ‘witch pop’ vibe and thus my WIP. 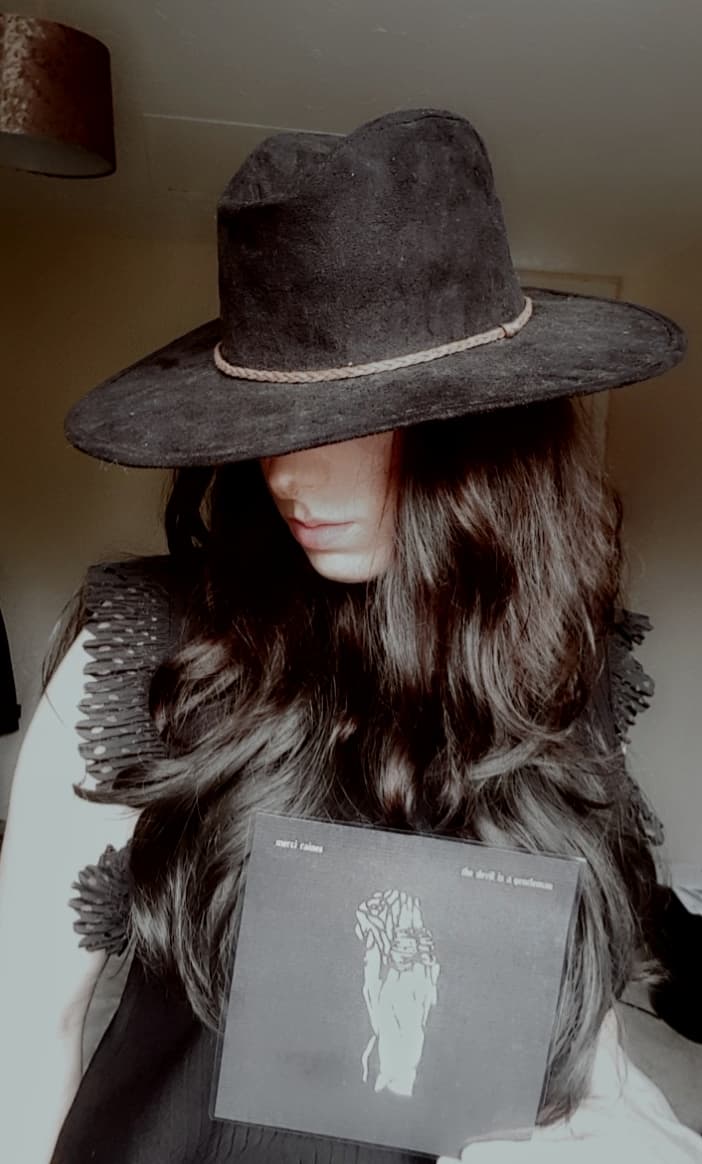 Welcome to my website and the first of many entries!

Believe it or not, but sitting down and writing is not an easy task for me. Sadly, I’m not one of these people who can sit at their computer and smash out 5,000 words in a couple of hours—I’d be lucky to get a few hundred down at most! Granted, I probably drag out the task much longer than necessary; I’m a nuisance for making every sentence/paragraph as good as it can be (for that moment at least) before delving into the rest of that project. But I’m learning—slowly—to relent and save the joys of editing until later. That’s what re-drafts are for after all!

I hope to discuss more on drafts and editing soon.
Keep your eyes peeled for the launch of a YouTube channel!

To start, I’ll keep this post short and sweet.

If you haven’t already, please have a browse of my site and hit those social buttons.

A massive THANK YOU to Paul Alexander of BWSIT (Billericay Web Services) for his generosity and help in making this site what it is.
If you’re looking to update or start a web page for your brand or business, check out how he can help over at https://billericayit.co.uk/

To celebrate the launch of my website, I’m giving away two luxury candles, handmade with 100% soy wax and fragranced with Peony and Blush Suede. The geometric container has a unique iridescence and would make a glamourous stemless wine glass or tumbler.

So how can you be in with a chance of winning?

It’s simple! All you need to do is enter your details below and hit that subscribe button.
Sharing to your social media platforms would be appreciated but isn’t necessary.

Two winners will be selected at random on October 11th and announced in a journal update.
One candle per winner.

Best of luck and thank you for your support!

After using the candle, wash the jar with hot water to remove the wax and cleanse with soap as normal.